Union Island is part of the nation of Saint Vincent and the Grenadines. It has a surface of 9 km² and lies about 200 km (120 miles) west-southwest of Barbados and is within view of the islands of Carriacou and the mainland of Grenada, which lie directly south.

Clifton and Ashton are the two principal towns. The island is home to just under 3,000 residents. The official language is English, but French and German are spoken by some merchants in Clifton as well. 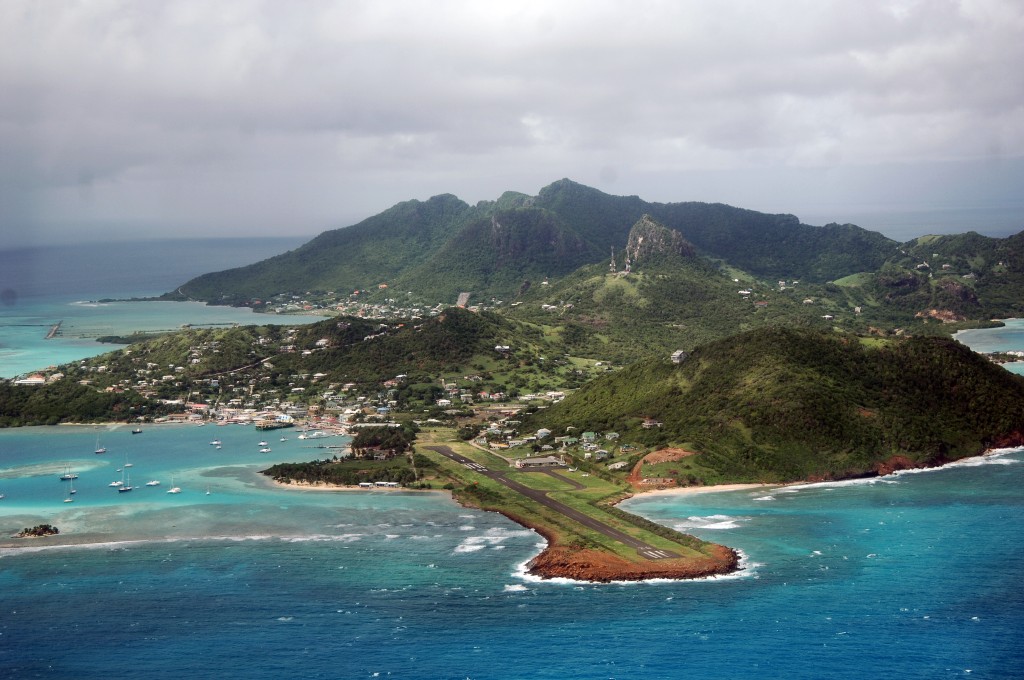 Due to its volcanic silhouette, it is also called the Tahiti of the West Indies. The island is approximately three miles (4.8 kilometres) long and one mile (1.6 kilometres) wide. Surrounding islands are Tobago Cays, Mayreau, Palm Island, and Petit Saint Vincent. The highest peak is Mount Tabor – 999 feet (304 metres) above sea level.

Union Island has a semi-arid climate – its hills are not high enough to produce the rainfall that transforms Grenada’s northern coastal areas into the rainforest. During the dry season, December/January through June, the only source of water on the island is the water stored during the rainy season (June–December).

After the original settlers, Arawak and Caribs, the island has been in the possession of French and English slave traders and plantation owners. They brought hundreds of Africans to the island, mostly from regions of Africa that are now Nigeria, Cameroon, Angola, and Ghana. Sea Island Cotton was an important export crop – Sea Island cotton trees may still be found on the island — a good example can be found in the Bougainvillaea complex beside the Anchorage Yacht Club in Clifton Harbour.

When slavery was abolished, people still relied on farming and fishing. As a result, a lot of men went to sea to work on freighters to support their families. Union Island was the centre of some political unrest in the late 1970s when a group of residents were in favour of secession from Saint Vincent and the Grenadines and merger with southern neighbour Grenada. The insurrection was put down by forces of the Saint Vincent and the Grenadines Government.

The U.S. Army Corps of Engineers spent much of a year working on Union Island and completed a new Coast Guard Jetty and shore office at the mouth of Clifton Harbour.