DETROIT – Along with the powerful Hurricane Irma, which is blowing through the Caribbean on its way to Florida, two other hurricanes have formed nearby.

Jose became a hurricane Wednesday afternoon, with maximum sustained winds of 75 mph, the National Hurricane Center said in its 5 p.m. advisory for the storm.

The Category 1 storm is more than 1,000 miles from the Lesser Antilles in the Caribbean.

JUST IN: Hurricane Katia forms in the southern Gulf of Mexico; joins Hurricanes Irma and Jose currently in the Atlantic basin. pic.twitter.com/S0ZbtLoAlA 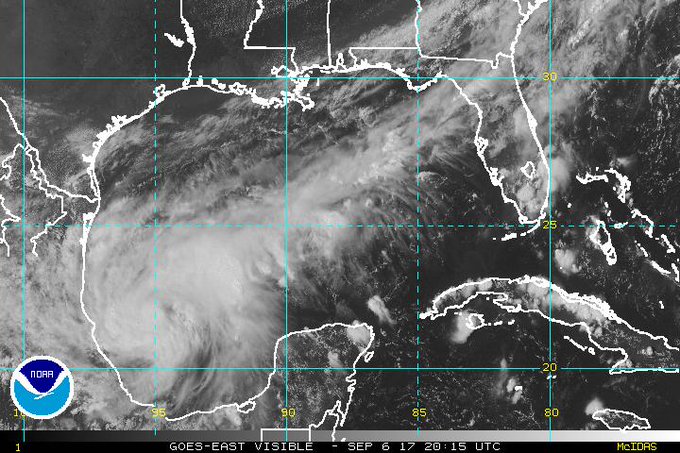 Meanwhile, Hurricane Irma — one of the strongest storms ever recorded in the Atlantic — is battering the northern Virgin Islands and hurtling toward Puerto Rico on Wednesday afternoon after smashing a string of small northern Caribbean islands, where at least two people were killed.

Jose is behind Irma, further out in the Atlantic Ocean.

Irma’s core slammed Barbuda early Wednesday before moving over St. Martin and Anguilla and parts of the British Virgin Islands. Its maximum sustained winds of 185 mph were well above the 157 mph threshold of a Category 5 storm.