THIS IS A RE-POST 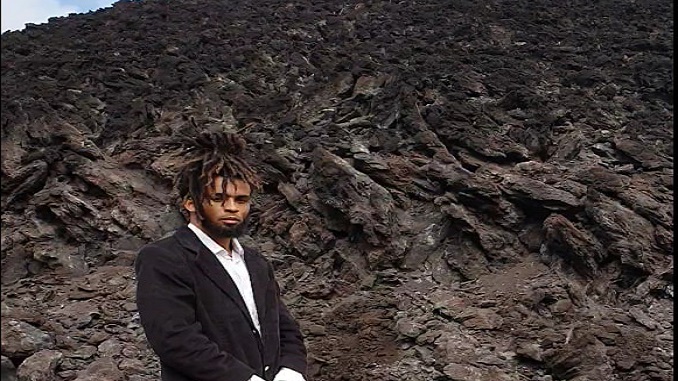 All visits to the La Soufriere volcano on the Caribbean island of St Vincent have been suspended due to increased activity at the volcano.

(By Ernesto Cooke) – A thrill-seeker has defied orders to stay away from La Soufriere Volcano and used the opportunity to collect souvenir samples of rocks from the newly formed dome.

La Soufriere volcano, which began to show signs of renewed life in December of 2020 is currently in an effusive state or having a series of internal eruptions.

The National Emergency Management Organization (NEMO) issued a warning for persons to desist from taking trips to La Soufriere due to ongoing volcanic activity. The country has since been placed on Orange alert.

Speaking on Boom FM, Desron Rodriquez said when quizzed by Morning Show host, Dwight “Bing” Joseph as to why he decided to risk the journey, said that he likes to experience different things.

“I’m different,. I like to experience things for myself,. (So) when I am ready to run movie I would not be talking from hearsay”.

Rodriquez says he believes what NEMO says about the dome growing and spilling over into the Larkai Mountains, noting that an eruption can also occur before that.

NEMO and UWI -SRC scientists have stated that the volcano could go from effusive to explosive without warning, while an eruption can also occur within a 24hr period.

Rodriquez told Joseph that if he (Bing) goes up there, he may faint on seeing what he saw.

“That’s why am not encouraging anyone to go there because the look is not normal,.”

“it looks that bad?” Joesph asked, to which the young man replied, “Yeah, it does not look normal”.

Rodriquez says he does not want to incite fear into anyone. However, he says: “…the image you see from the top is way different from when you go down into the crater itself.”

“I am encouraging Vincentians to take the advisories disseminated by the authorities seriously,” says Rodriguez.

When asked if he thinks there are things hidden from the public, Rodriguez had this to say:

“Well you know how the media does it. I don’t want to incite fear, but there are certain things they would not put out. All I can say is reality is different”.

Rodriguez says he looks at images put out by NEMO, and when compared to his, he wonders why they did not hire him.

“Sometimes I wonder if its a professional camera they are using”.

Rodriguez said he collected rocks from the new dome. However, when asked by Joseph where are they currently, he told the radio host that he does not want anyone showing up at his door.

“Me ain’t want anyone to come with a search warrant, to take away the rocks that I went for!” He further added that he had them in a “safe place”.

Rodriguez says that he is prepared to give samples to NEMO and also to the Scientists if he is asked to do so.

“I will because at the same time; you have to look out for the country”.

He told Joseph that he brought down sizeable rocks, and jokingly said some were even bigger than his head!

He further told the radio host that farmers on the mountains have said that their crops show signs of discolouration.

UWI -SRC scientists say effusive eruptions at La Soufriere would cause steam, which can produce acid rain when mixing with gases in the atmosphere.

Apart from his trip to the volcano, Rodriguez said that last Saturday night, persons within his community of South Rivers felt tremors which lasted for over a minute.

“My mother even thought it was an earthquake. She went outside the house to see what was going on, and remember I live in the green zone”, he told Joseph.

In its latest bulletin on Wednesday NEMO said that The Caribbean Disaster Emergency Management Agency (CDEMA) had finalised helicopter support for the Seismic Research Centre (SRC) Team to install equipment and collect samples from the summit of the volcano.

They also noted that the rotary helicopter aircraft services would be available from Thursday 14th January 2020 to support access to a sampling of the extrusive materials, airlifting equipment to the flanks of the volcano, surveillance/reconnaissance to analyse changes in the volcano and other relevant support to the work of the scientists.

This service is being provided at the cost of £51,000 through the Memorandum of Understanding on the ‘UK Support for the Caribbean Disaster Emergency Management Agency (CDEMA) Response Teams programme’.

The National Emergency Management Organization is reminding the public that no evacuation order or notice has been issued.

NEMO continues to appeal to the public to desist from visiting the La Soufriere Volcano until the scientists advise that it is safe.